A Colorado company plans to make Putnam County its Florida headquarters for licensed medical cannabis products and bring up to 300 jobs to Palatka.

Alex Levine, chief development officer and co-owner of Green Dragon, said Tuesday the company plans to convert the warehouse at 160 Comfort Road into an operation to grow and make medical marijuana products.

“It would be the headquarters and our main cultivating facility in Florida supplying the entire state, hopefully, 20 to 25 stores by the end of this year,” Levine said. “It’s an ambitious timeframe, but we like to move quickly.

“Production and cultivation will be centered at that facility. It won’t just be for growing of the plant, but making all the products that come from it – gummies, chocolates, lotions, pills. We’ll be doing all of the production out of that facility.” 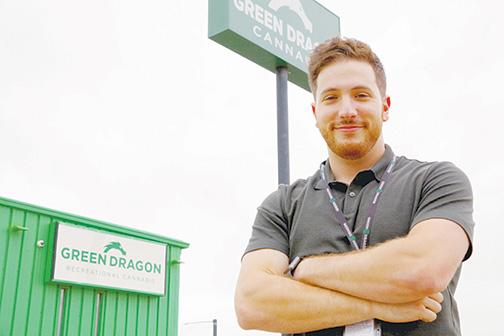 Levine said the facility would bring hundreds of well-paying jobs to Palatka, with an initial estimate of 300 employees.

Levine said the real estate partner working with Green Dragon bought the property and the company intends to make additional investments to convert it into a state-of-the-art cultivation facility.

Levine said he hopes work on the building will begin soon and the company hopes to be operating out of at least a portion of it by the end of the year.

“We’re in the planning phase and we’re trying to get it done as fast as possible,” said Levine, who is from South Florida. “We were drawn to the building because it is a very good site and it was exactly what we were looking for – a big box with an empty interior shell.

“We won’t make a lot of modifications to the exterior, but inside will be a whole different story. It will certainly be one of the nicest facilities in the country.”

A figure of $15 million has been reported for renovation and refitting costs, but Levine would not confirm the amount.

Levine said the number of employees would grow as the facility is built in phases. He said the company had looked at properties throughout the state and the Palatka property “had everything we were looking for and more.” 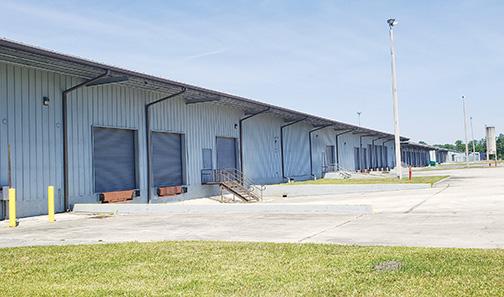 Green Dragon plans to convert the former Florida Furniture Factory warehouse, 160 Comfort Road in Palatka, into an operation to grow and make medical marijuana products, creating up to 300 jobs.

“It had the utilities we needed for a big operation and people living in the area (for workforce),” Levine said. “A facility like this has hundreds of employees when it’s up and running. It was the most efficient place for us to put this and checked all the boxes for us.

“It’s a big rectangle and we can make it exactly the way we want it, putting all of our expertise into everything we’ve learned in the past decade into designing the perfect cultivation facility.”

Florida voters approved the use of medical marijuana in 2016. The News Service of Florida reported last month that more than 500,000 patients in the state are qualified to use cannabis as a treatment for a broad number of medical conditions.

Levine said he wants Green Dragon to prove to be valuable to the community. He said local officials he has worked with have been “very supportive and very professional.” Levine said the company is a family-owned business and he is excited about beginning operations in Palatka.

He said the company hopes to have up to 100 dispensaries in the state in the next few years.

“We’re here to stay. We offer a lot of expertise and are bringing a lot of blood, sweat and tears to the table,” Levine said. “This is our business model and we’ve brought cannabis into a lot of new markets that might have been a little hesitant.

“It’s not controversial. It is a business that helps millions of people and changes people’s lives. Combating the misinformation that is out there is part of what we do day to day.

“We want to show people it’s a normal thing, nothing scary. It’s just medicine. We’ll be growing it and selling it. There’s nothing secretive about us.”

Putnam County Chamber of Commerce President Dana Jones said she had not been in contact with anyone from Green Dragon and did not want to comment until she knew more about the company’s plans.